As of today, 7 US Big Banks and 15 International Big Banks Control the Economy and Financial Systems of the World. US Gov’t has over $200 Trillion of unfunded liabilities. US has to file for bankruptcy. The top 1% own ½ of the wealth in an Oligarchical System.

While the FED (Federal Reserve Bank) absorbed the toxic assets of the big banks in 2008, #WeThePeople paid for the inflationary residues of the bails out, and then those Big Banks reported record earnings:

Wall Street Drop Out (@ WallSt_Dropout) said it best in 2 tweets:
“Cantillon Effect – Newly created money (printed money by the FED) is not distributed evenly/simultaneously in a population. It has a specific injection point and flow through the economy. The first recipients are able to spend it before prices go up. The last recipients get hit with this hidden “tax.”
Equities are near all-time highs but populist movements spring up globally around the same time Bitcoin is born. These are not coincidences.” 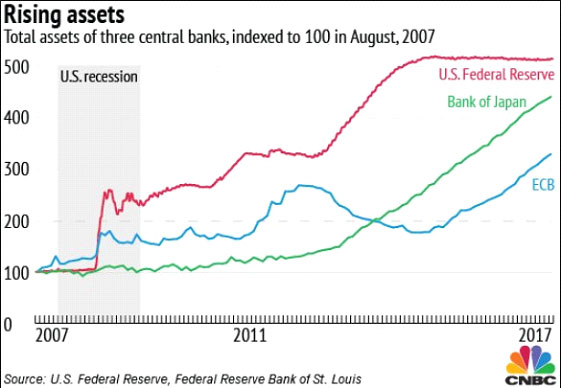 It looks like the FED is injecting money to S&P. The following graph is an undeniable proof of FED’s criminal action to make Americans “Feel Good Again” about the market. The FED’s balance sheet closely follows S&P. 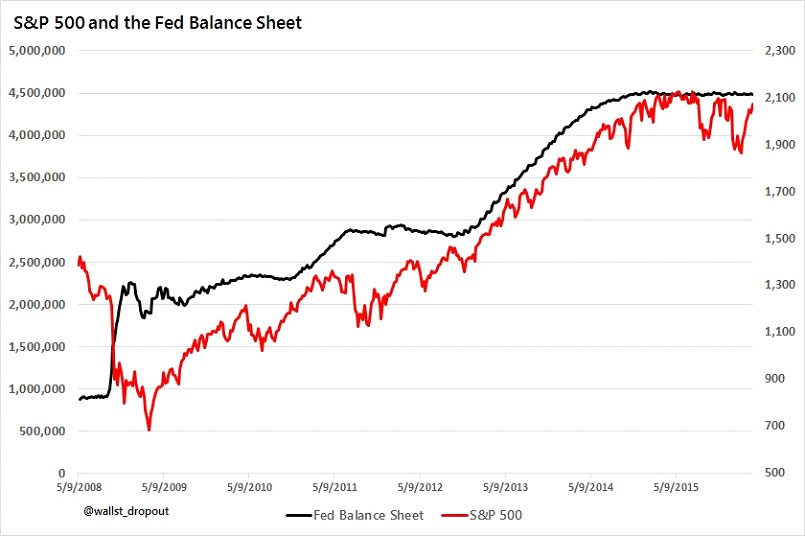 Meanwhile nobody talks about the size of the Derivative Market that is 6 times the entire stocks market of the world, the unfounded US liabilities that is over $200 Trillion, US National Debt that is over $21 Trillion and is approaching the $23 Trillion end point also known as “ The Point of NO Return.” Please note: the entire GDP of the world is little more than $60 Trillion. Go Figure.

Here is another dilemma: In 2022 US debt service will exceed defense spending, in 2025 it will exceed all discretionary non-defense spending. No money will be left for infrastructure repair or maintenance. Taxes will have to certainly go North. 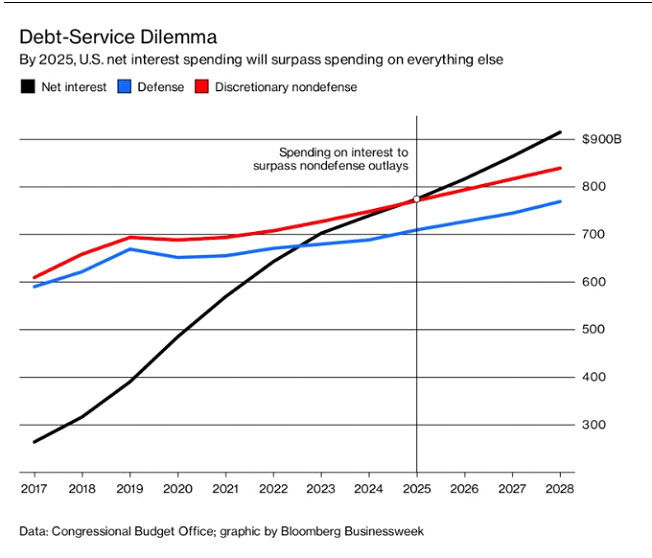 Monetary/Fiscal policy has severely damaged the purchasing power of US (and global) citizens. This is in part to blame for near all-time low savings rates. People underestimate how much policy affects culture and society-not just their bank acct. The fact of the matter is that people cannot save money due to price inflation wage deflation arising from FED policies. 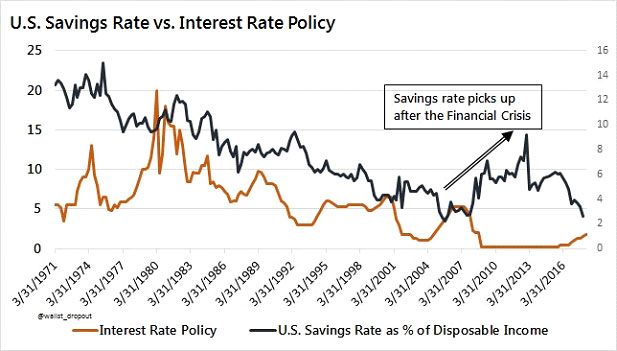 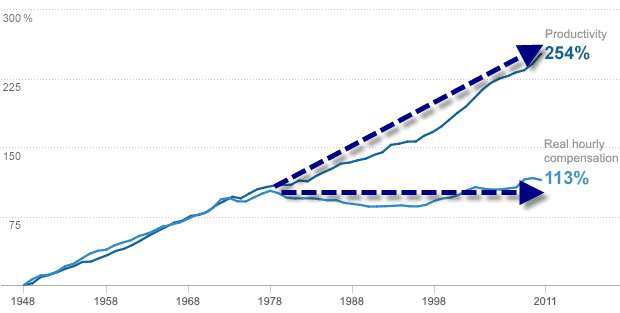