As a conservative, My personal observation is that #US is approaching the $23 Trillion National Debt that is THE Point of No Return for US economy. US will dive down into a U shaped recession for many years to come. And thus a Revolution would ensue. Yes, a violent Revolution that comes like a Thunder is in the horizons if we don’t do anything.

Jim Rickards called them “A-list of top-tier (conservative) economists.” Michael Boskin, John Cochrane, John Cogan, George Schultz and John Taylor are all senior fellows at the prestigious Hoover Institute, a think tank inside the Stanford University. And they all agree on one thing:
The US is going broke (Thus the US Dollar is in Serious trouble). They reflected their views on April 18, 2018 in an Op-Ed column in Washington Post. They wrote: “Some may think that such concerns are overblown, as there is no current evidence in financial futures markets that a crisis is on the horizon. But a debt crisis does not come slowly and visibly like a rising tide. It comes without warning, like an earthquake, as short-term bondholders attempt to escape the fiscal carnage.” 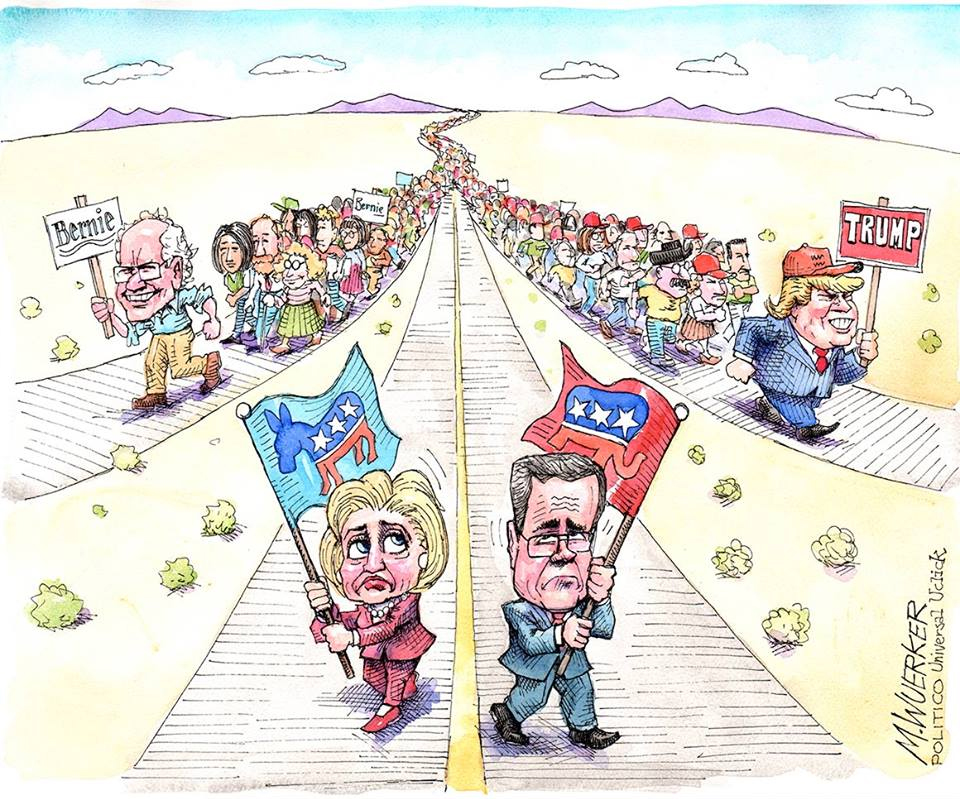 Zero Hedge Wrote:
“SWISS NATIONAL BANK’S MAECHLER SAYS CRYPTOCURRENCIES ARE NOT GENUINE RIVALS TO CONVENTIONAL CURRENCIES which is why central banks are panicking about them every day.”

Peter Schiff wrote: “The FED is not going to be able to deliver the rate hikes the FED is expecting, and again, its the expectation of more rate hikes that is what is keeping the lid on the price of gold.”

According to Schiff Gold.com Stockman replied:
America is broke.
And central bank free money broke it.
Grant started the podcast playing a clip from the Simpsons. Lisa incredulously asks, “We’re broke? How can that be?”

Well, Stockman said, “It can and it is. And it’s heading in that direction for the last 40 years.”
So what happened?
Stockman said Allen Greenspan happened, along with the other central bank chiefs.
The public debt was absorbed massively by central banking, led by the United States, by the Greenspan era, creating what I call a disease that eventually enveloped the entire financial system of the world. Every central bank began to imitate what the FED was doing, or bought dollars in order to prevent their exchange rates from appreciating, all of them being good mercantilists and statists. And before we knew it, the balance sheets of the central banks of the world, which were less than $400 billion at the time that Greenspan took the job, ended up, three decades later, at $22 trillion today. Now that a lot of bonds. My calculations say $1.8 trillion of debt – government debt – in fiscal 2019 needs to find a home somewhere in the bond market – $1.2 trillion in new issue, $600 billion that the FED will be dumping in QT. So, we have never been there before.”
Stockman argues that Greenspan put us on this path. It’s taken 30 years to get here. But now we’re at the end of the road.
The pivot is taking the inflation out and insert the FED, the other central banks, essentially you deferred a crisis that was seeded long ago for 30 years. And now we’re at the end of the deferral.”
So what do investors do? Stockman said now is the time for capital preservation.
“The only thing we do know is the casino, as I call it, is a very unsafe place. That furniture is going to be broken. That pricing is going to reset. And that this is a time for capital preservation, not for sticking your neck out.”
Historically, Buying Gold has been a great way to preserve wealth. Stockman said that might be a good option considering what’s on the horizon.
I have no doubt that gold is going to rise systematically. I think gold will go up because when this adjustment takes place, the great confidence in central banking is going to collapse, and there will be a bid for a safe haven, an asset which will no longer be the bond.”